Alexander Girard was an architect and designer who was nicknamed Sandro. Girard contributed to Herman Miller in particular through his work in textile design.

Girard was hired specifically to serve as the head of Herman Miller’s fabric and textile division. The designs Girard created while working with Herman Miller have come to have a strong influence on design in the United States in particular and around the world more generally.

Girard was born in New York City. He was educated at the Royal Institute of British Architects and the Royal School of Architecture in Rome.

Robert Propst was a designer from Colorado. He started working with Herman Miller in 1958. The president of the company, Hugh DePree, hired Propst. The goal of hiring Propst was to find solutions to problems on the exterior of the furniture industry.

The Action Office was first seen in 1964. Any cubicle design comes from this early Action Office plan. In fact, Propst is sometimes nicknamed the “Father of the Cubicle”.

Propst received many awards and accolades throughout his career. He was awarded Best Collection of the Year in Home Furnishings Daily in 1964. He was also awarded the 21st Annual International Design Award in 1970 by the American Institute of Interior Designs.

The Action Office: The Secret History of the Cubicle

Ayse Birsel is a Turkish industrial designer. She is also an author. She was born in 1964 and educated at the Middle East Technical University and later at the Pratt Institute.

Birsel was awarded a Fullbright Scholarship. This allowed her to study in New York City in 1986. There, she would complete her Master’s in Design in 1989.

Among the most widely recognized works of Ayse Birsel that were produced with Herman Miller is the Resolve System, which was introduced in 2009.

George Nelson was born in 1908 in Hartford, Connecticut. He was educated at Yale University and is associated with the American modernism movement.

Nelson began working with Herman Miller in 1945. He was selected by Herman Miller’s chairman as the Director of Design of the company.

Goerge Nelson continued working with Herman Miller until 1972. Many accomplished designers worked under Nelson while he was Director of Design at Herman Miller. Among them were Ray and Charles Eames, Richard Schultz, and Isamu Noguchi.

After he stopped working with Herman Miller, Nelson went on to open his own studio. He opened a studio in 1955 and would continue its operations until 1980. Nelson’s design studio was known as George Nelson Associates, Inc.

'What Was Good Design' - George Nelson

Harper had a long career and was an influencer in industrial design for decades. Harper was active as a designer from 1936 until 2001.

Harper is associated with the modernist style. In fact, he is recognized as being among the designers who most contributed to this style. with Herman Miller, Harper designed both the company logo as well as the “Marshmallow sofa”.

Rohde served as a valued advisor to Dirk Jan De Pree, who was the president of Herman Miller. He contributed to the development of modern design with Herman Miller and numerous other furniture manufacturers.

Rohde designed biomorphic furniture pieces that were manufactured by Herman Miller. These innovative designs anticipated the modernism of the mid-century that came along after Rohde’s death.

Stephen Frykholm was born in 1942. He began working with Herman Miller in 1970. Frykholm has worked as a graphic designer for Herman Miller. Frykhlm now serves as the chief creative officer for Miller SQA. Miller SQA is a subsidiary of Herman Miller, Inc.

Frykhom has designed posters that are now in permanent collections at both MOMA and the Library of Congress.

Ward Bennett was not only an artist and designer but also a sculptor. Bennett was born in 1917. He started working as a designer at only 13 years old when he dropped out of school. He started his career in the garment district of New York City.

Bennett’s designs have been displayed in MOMA as part of the museum’s permanent collection. He was chosen for the Hall of Fame by Interior Design Magazine. Bennett also has works that are in the Cooper-Hewitt National Design Museum.

Eero Aarnio is a furniture designer from Helsinki, Finland. He was born in 1932. He is particularly known for working with plastic as a medium. He has created many ergonomic designs that are also whimsical sculptures.

Aarnio’s designs have garnered a great deal of recognition over the years. Not only has Aarnio received awards in his native Finland, but worldwide as well.

In 1964, he received the first prize at the International Competition on Furniture Design in Cantu. He also was awarded for his Pastil Chair in 1968 with the International Design Award of the American Institute of Interior Designers. 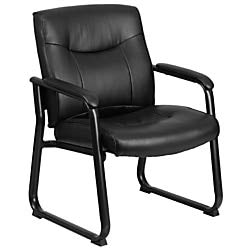