And even after years, you probably still use this phrase whenever you refer to sitting cross-legged!

But where did this phrase come from? Which Indians is it referring to?

There are two main theories for where the phrase sitting Indian style comes from.

One theory says it could refer to people from India, who often sit cross-legged when eating or doing yoga.

The more supported theory says it comes from the U.S., which referred to Native Americans as Indians in Western films.

Where Did the Phrase Sitting Indian Style Come From?

Over the years, there has been some confusion as to where the phrase sitting “Indian style” originally came from. 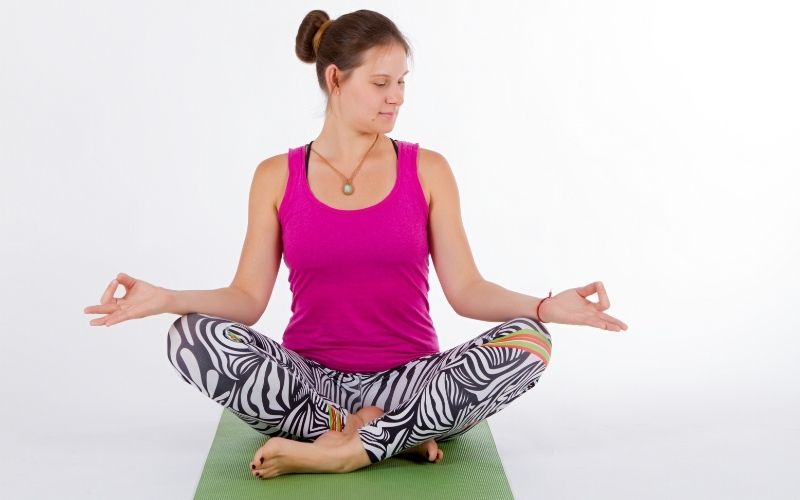 Although most theories agree that the phrase sitting “Indian style” originally came from the United States, they tend to disagree on which “Indians” inspired the phrase.

The newest popular theory on the origin of the phrase sitting “Indian style” suggests that it was inspired by people from India. This theory was started because sitting cross-legged is similar to the Sukhasana or “Easy” pose in yoga, which is a large part of Indian culture.

However, if you trace the history of the phrase, you’ll find that it became popular in the 1950s and 1960s during the golden age of Western films, which often featured Native Americans as the villains or sidekicks.

Since Native Americans didn’t have the same practices and technology as Westerners, they were seen as more primitive. This was cast in a negative light in most Western films, and anything that was commonly done by Native Americans was described as “Indian”.

And, because Native Americans traditionally sat on the floor, sitting cross-legged began to be called sitting “Indian style”—despite the fact that most cultures did the same until their societies developed chairs.

Should I Still Call It Indian Style Sitting?

Over the years, there has been a conscious movement away from the usage of terms like “Indian” to describe Native Americans.

Although the term may be used with no intention to offend, it comes with a long history of being used to look down on Native Americans as primitive and barbaric.

Admittedly, the phrase “Indian style sitting” isn’t the most offensive way to use the term “Indian” in reference to Native Americans, but it is also easy to say the same thing differently.

The most popular way to introduce children to sitting this way is to use the phrase “crisscross applesauce”, which makes it sound fun and easy.

But for most conversations, you can say “sitting cross-legged”, which is an accurate and straightforward description of it.

Why Do Some People Sit Indian Style? 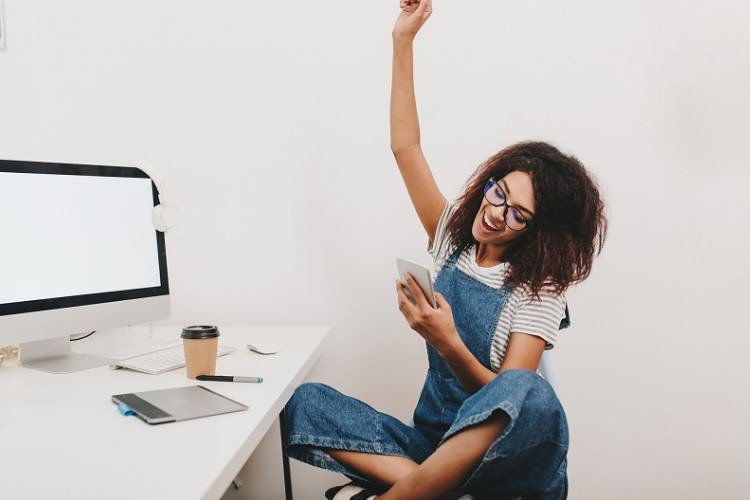 There are many reasons that people choose to sit “Indian style” or cross-legged.

However, most of those reasons fall into 2 main categories: culture and health.

What Cultural Reasons are Behind Indian Style Sitting?

There are many kinds of names for sitting cross-legged, often associated with certain cultures—for example, sitting “Indian style”, or “seiza”, as it is known in Japan. 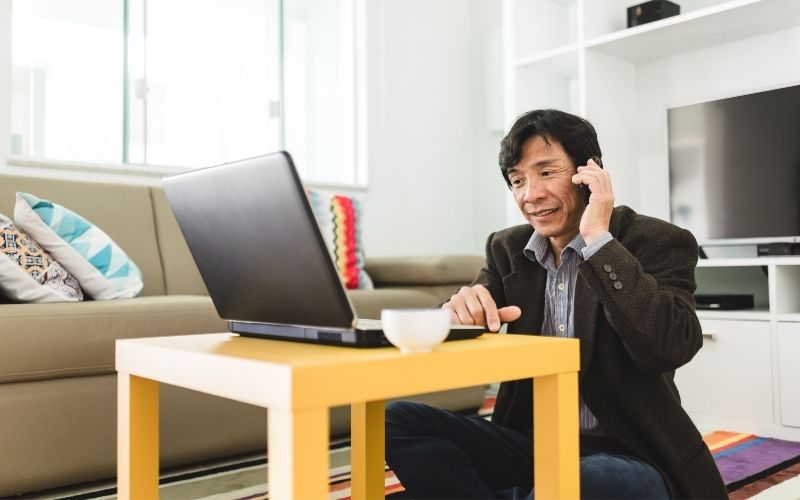 For most cultures, sitting cross-legged originated because of the lack of chairs. And, in cultures that continue to sit cross-legged even to this day, it persists because it has become so ingrained in their way of life or their traditions.

For example, people from India still often sit cross-legged because it is a custom to sit in this position when eating, contemplating, doing yoga, or just sitting on the floor at all.

Sitting cross-legged is especially popular when eating because it compresses the stomach, making you feel full even when half of your stomach is empty. This prevents you from overeating and helps you digest better.

Meanwhile, people from Japan sit cross-legged or “seiza” whenever they sit on the floor because it is considered the formal, respectful way to sit.

They also continue to sit on the floor often due to the tatami culture in Japan, where floors are covered with tatami, which are thick straw mats, so that they’re comfortable to sit on.

What Health Reasons are Behind Indian Style Sitting?

In the past few years, sitting Indian style has become more popular since it feels more comfortable for many people. 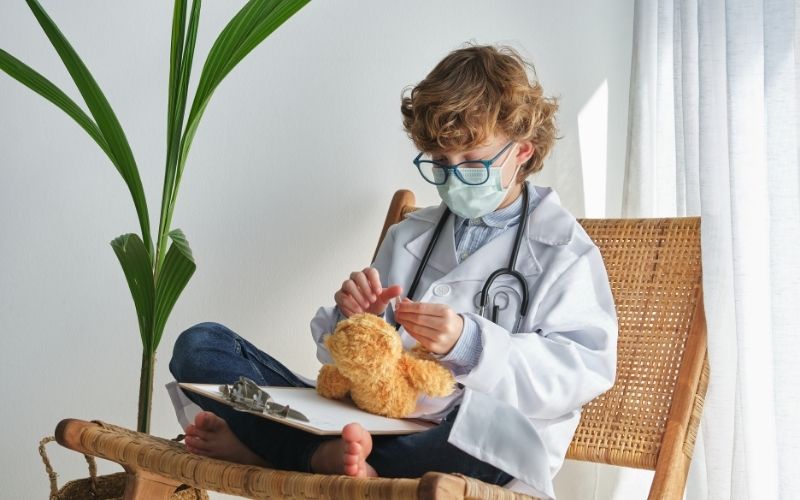 The reason for this is that sitting cross-legged helps your spine go back to the S-shaped curve that it should ideally have.

In an S-shaped curve, your spine and pelvis are in more natural positions that require less support and cause less strain for your muscles and bones. This means that you will have better posture, which lessens your chances of getting posture-related injuries.

Sitting Indian style also helps you develop stronger muscles and more flexible joints, which can lessen your chances of reverting to bad posture and developing arthritis. 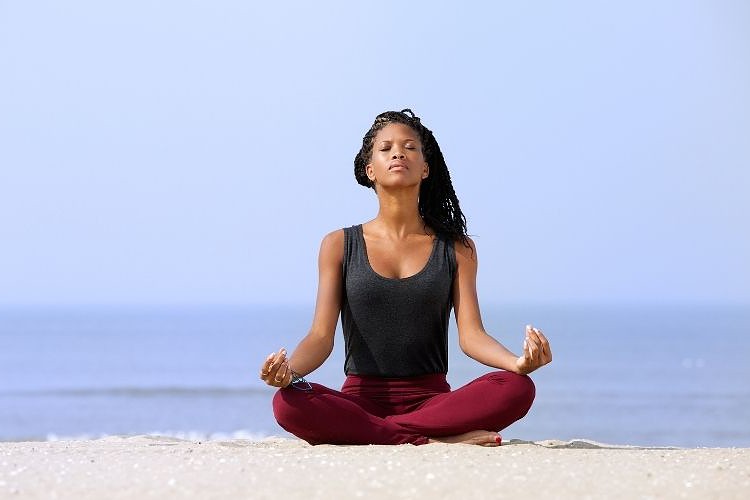 Finally, sitting cross-legged, whether it’s on the floor or on a special cross-legged chair , can give your body an active break from the typical sitting positions you use. 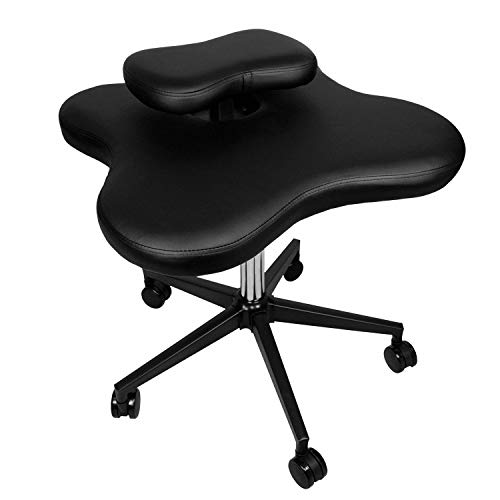 Topay Cross-Legged kneeing Chair for Yoga Lovers, Fitness Fanatics and Those with Back or Leg Pains...
Buy on Amazon

By changing your position throughout the day and making sure it’s good for your posture, you lessen your chances of developing chronic pain from repeated movements.

There are two main theories for the origin of the phrase “sitting Indian style”.

The latest theory suggests that it originated from India, because of how sitting cross-legged is similar to the Sukhasana yoga pose.

However, the theory that is historically supported suggests that it originates from Western films that referred to Native Americans as “Indians”.

The phrase “Indian style sitting” has a long history of prejudice behind it, so it has been replaced with “sitting cross-legged” and “crisscross applesauce” over the last few years.

Some people choose to sit Indian style for cultural reasons, like when it is part of their customs, traditions, or basic way of life.